In a time of uncertainty we need to discern to whom we turn for help and support. David was good at such decision making. Today we read from a historical record of King David fleeing from his rebellious son Absalom, and the underlying political struggle between two powerful groups: Judah and Israel. Israel had the majority in terms of the number of the tribes. Judah had the advantage of being David’s relatives and kinsmen. David was first anointed king over Judah. He reigned in Hebron over them for seven years and six months before he reigned over all Israel in Jerusalem for thirty-three years. In the following account David chose to seek the physical support and show of allegiance from Judah first. Why? He knew his people best. The passages quoted below showed the political fickleness and unreliability of the group of tribes that formed Israel then. History showed that after Solomon’s death the nation was divided along the same division on loyalty to the house of David. What relevance is this part of the history to us? Why is the watchman reading this? A pertinent question and a crucial decision must be being pondered right now concerning the future of nation(s). Who are our true friends?

5 When people tried to bow before him, Absalom wouldn’t let them. Instead, he took them by the hand and kissed them. 6 Absalom did this with everyone who came to the king for judgment, and so he stole the hearts of all the people of Israel.

10 But while he was there, he sent secret messengers to all the tribes of Israel to stir up a rebellion against the king. “As soon as you hear the ram’s horn,” his message read, “you are to say, ‘Absalom has been crowned king in Hebron.’” 13 A messenger soon arrived in Jerusalem to tell David, “All Israel has joined Absalom in a conspiracy against you!”

11 “I recommend that you mobilize the entire army of Israel, bringing them from as far away as Dan in the north and Beersheba in the south. That way you will have an army as numerous as the sand on the seashore. And I advise that you personally lead the troops. 12 When we find David, we’ll fall on him like dew that falls on the ground. Then neither he nor any of his men will be left alive.14 Then Absalom and all the men of Israel said, “Hushai’s advice is better than Ahithophel’s.” For the Lord had determined to defeat the counsel of Ahithophel, which really was the better plan, so that he could bring disaster on Absalom! 24 David soon arrived at Mahanaim. By now, Absalom had mobilized the entire army of Israel and was leading his troops across the Jordan River. 26 Absalom and the Israelite army set up camp in the land of Gilead.

6 So the battle began in the forest of Ephraim, 7 and the Israelite troops were beaten back by David’s men. There was a great slaughter that day, and 20,000 men laid down their lives. 8 The battle raged all across the countryside, and more men died because of the forest than were killed by the sword. 9 During the battle, Absalom happened to come upon some of David’s men. He tried to escape on his mule, but as he rode beneath the thick branches of a great tree, his hair[a] got caught in the tree. His mule kept going and left him dangling in the air. 15 Ten of Joab’s young armor bearers then surrounded Absalom and killed him.

8 So the king got up and took his seat in the gateway. When the men were told, “The king is sitting in the gateway,” they all came before him.

Meanwhile, the Israelites had fled to their homes. 9 Throughout the tribes of Israel, all the people were arguing among themselves, saying, “The king delivered us from the hand of our enemies; he is the one who rescued us from the hand of the Philistines. But now he has fled the country to escape from Absalom; 10 and Absalom, whom we anointed to rule over us, has died in battle. So why do you say nothing about bringing the king back?”

14 He won over the hearts of the men of Judah so that they were all of one mind. They sent word to the king, “Return, you and all your men.” 15 Then the king returned and went as far as the Jordan.

Now the men of Judah had come to Gilgal to go out and meet the king and bring him across the Jordan.

41 Soon all the men of Israel were coming to the king and saying to him, “Why did our brothers, the men of Judah, steal the king away and bring him and his household across the Jordan, together with all his men?”

42 All the men of Judah answered the men of Israel, “We did this because the king is closely related to us. Why are you angry about it? Have we eaten any of the king’s provisions? Have we taken anything for ourselves?”

43 Then the men of Israel answered the men of Judah, “We have ten shares in the king; so we have a greater claim on David than you have. Why then do you treat us with contempt? Weren’t we the first to speak of bringing back our king?”

But the men of Judah pressed their claims even more forcefully than the men of Israel. 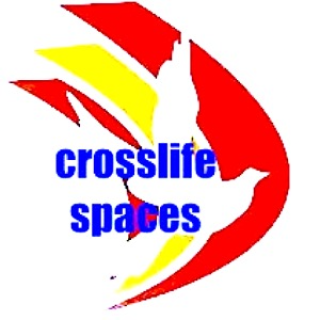